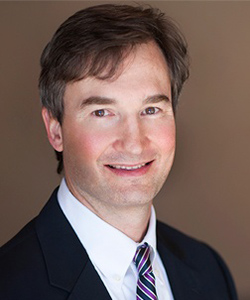 Dr. Vincent Gardner is devoted to advancing the modern treatment of venous disease, as well as offering his patients the most comprehensive, modern, and effective cosmetic procedures available. His 18-year career has provided him with a wealth of experience and expertise to offer his patients.

After a career in general surgery, including laparoscopic, thoracic, geriatric and vascular procedures, Dr. Gardner began performing endovenous thermal ablations to benefit his vein patients in 2006. He joined the Alabama Vascular and Vein Center a year later, where he focused his efforts on using endovenous techniques to treat venous disorders. During this time, Dr. Gardner also performed cosmetic surgeries at Southern Surgical Arts while completing a fellowship in facial and cosmetic body surgery.

After his fellowship with SSA, Dr. Gardner relocated his practice to Chattanooga, focusing on the treatment of venous disease and cosmetic surgery. He lives on Signal Mountain with his wife and two children. Dr. Gardner enjoys woodworking and college football and has traveled to Honduras for medical mission work.