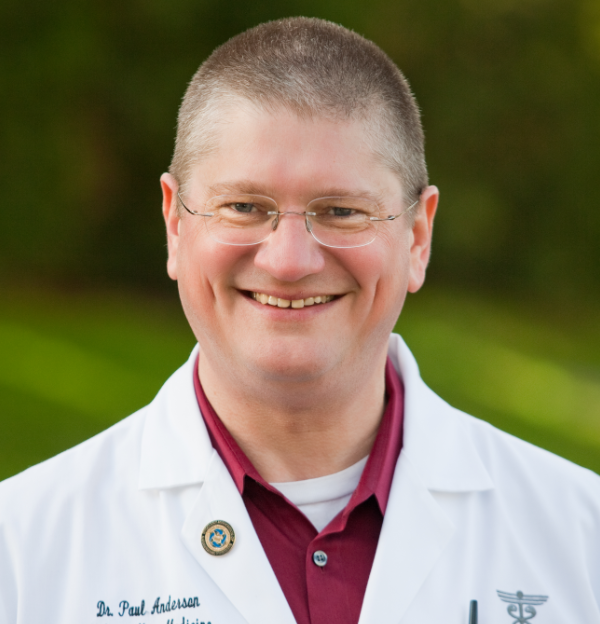 Paul S. Anderson, NMD, is a naturopathic physician, Medical Director & Founder of Anderson Medical Specialty Associates (AMSA). He is a recognized authority in the field of integrative cancer research and the treatment of chronic diseases, genomic conditions, and auto-immune and infectious disorders.

Dr. Anderson began his initial work in medicine in laboratory services during the mid-1970s. From that base he became well known in the Optical Physics industry and worked on a team which developed early flat screen display systems. Even that long ago, through his work in patient care in ophthalmologic medical clinic settings, he saw that the practice of conventional medicine had become disjointed; and he began envisioning plans for an integrative medical center. Building on his experiences in the life sciences and biomedical engineering, Dr. Anderson opted to study naturopathic medicine for its distinctive philosophy and treatment approach. After teaching there in the early 1990’s and concurrently becoming a student, he graduated as an NMD. with Honors in Research from The National College of Naturopathic Medicine in Portland, Oregon.

Dr. Anderson’s combined experience in teaching, clinical practice, and research equally inform AMSA’s approach to health care: treating the whole person and not just the disease, with evidence-based integrative medicine that is tailored to each patient’s unique constitution, history, and present needs.

Dr. Anderson currently splits his time between his AMSA practice, his ongoing work in research, and training physicians. As a medical author his areas of expertise include an upcoming textbook on IV micronutrient therapy protocols, as well as influential studies on Vitamin C infusion in cancer treatment, genomic medicine (such as MTHFR methylation pathway defects), and other promising pharmaco-botanical extracts, including many compounds formerly only used only orally, for mitochondrial restoration, oxidative stress therapies and supportive cancer care. He lectures internationally at many oncology, medical and genomic conferences, and consults regularly with other physicians on a wide range of cases.