Model comes with a Pelican protective case, which includes a special hard foam that's superior to the standard, soft foam that pelican provides, and is custom cut to fit the control center and its attachments.

The technically correct name for this device's function(s) is that it's a “radial pressure wave generator” (RPW). Frequently, in promotional and medical literature, the RPW device will be referred to by the name “Radial Shock Wave Therapy” (RSW-T), which is inaccurate given shockwaves and radial pressure waves exhibit completely different waveforms

It's wave forms are developed via a compressed-air operated ballistic pulse generator. A projectile is accelerated by compressed air, which in turn produce kinetic energy. When the projectile impacts an immoveable surface, the kinetic energy is transduced into acoustic energy. This acoustic signal/pulse is transmitted into the tissue with help from a gel, which is applied topically along the contact surface for the D-Actor's handpiece.

At the point of impaction with the skin, a radial pressure wave is propagated, which travels into the tissue radially to a depth of up to 30-60mm, but more typically, 20-30 mm, and they are strongest at the surface of the skin. They are called radial waves because they radiate outwardly from a center of focus and like shock waves, are known as acoustic or sound waves. In addition, RPWs feature relatively long wavelengths, 0.15—1.5 meters as opposed to the shorter wavelengths exhibited by shock waves, 1.5 millimeters, that allows them to be focused into a smaller focal region. RPW, in the literature, is frequently termed Extracorporeal Pulse Activation Therapy (EPAT) that adds more confusion to the descriptors for RPWT because EPAT can included both focused and defocused shock waves because they all are acoustical pressure waves that display a pulse-shaped waveform. Benefits produced by RPWs include increased microcirculation and metabolism.

An ideal dosage for SWT/RPW-T hasn't been established, however, clinical evidence has presented numerous parameters that correlate with positive treatment outcomes, which include using lower frequencies at less impulses per treatment, and with a reduction in the number of treatments. In formulating hypotheses on how shock waves stimulate biological systems, researchers and clinicians observed how atmospheric pressure was critical to tissue regeneration and cellular division; information was garnered from space missions wherein participating astronauts experienced a reduction in muscle fiber size followed by osteoporosis. Pressure is used in treating bone fractures, and in addition to pressure, tension, and stress promote biological reactions in tissue. Because focused shock waves and radial pressure waves propagate pressure inside tissues, it may be reasonable to assume that like atmospheric pressure treatments, these pressure-driven waveforms affect tissues in similar ways by promoting angiogenesis, increased oxygen and nutrient supply, and increased metabolism, which are necessary for normal cell growth and health, not to mention cells that are not functioning properly.

ESWT and RPWT have demonstrated systemic effects in the body due to the positive effects produced from increased angiogenesis and metabolism.

In one example, calcified tendinitis, the painful calcium deposits are removed gradually, over weeks and sometimes months as calcium is removed from the affected tendons because of increased metabolic effects and increased angiogenesis that brings nutrients and oxygen to the calcified tissue. It's important to note that when incorporating ESWT, no anesthesia is suppled because it has been discovered that anesthesia suppresses the release of inflammatory mediators that are responsible for increased blood flow to tissues.

Physical effects may be attributed to the conversion of the mechanical shock waves into biochemical processes via the connective tissue of the extracellular matrix (ECM) in a process termed mechanotransduction. This process is believed to result in the production of collagen fibers that's useful for repairing injured tissues like tendons. Furthermore, the ECM is assumed to be pivotal in the cellular functioning of every cell in the body; therefore, it links the blood vessels, musculature, nerves, bones, and skin together into a cohesive totality, a unified, integrated system. The question arises, can shock wave therapy affect the body via the ECM. Is it possible that radial pressure waves, acting on the superficial surfaces of the musculature, lead to the production and release of neurovascular agents that penetrate deeply into muscles via the ECM, and produce effects generally associated with focused shock waves?

Another mechanism of action in pain relief may be produced by RPW and SW promotional effect of the body's release of NO, which through its powerful vasodilatory effect, stimulates oxygenation of ischemic tissues, and consequently, reduces pain in those afflicted tissue areas. 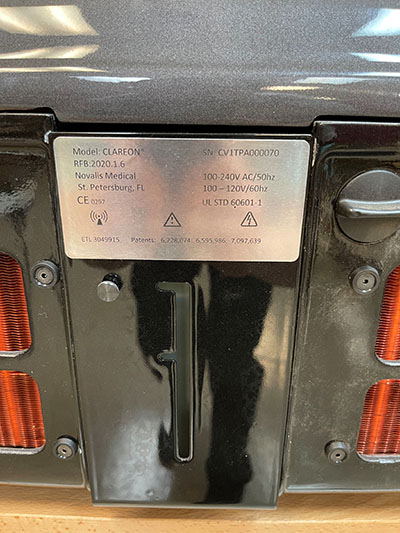 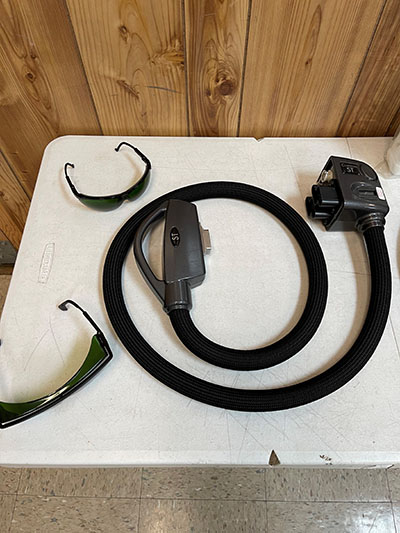