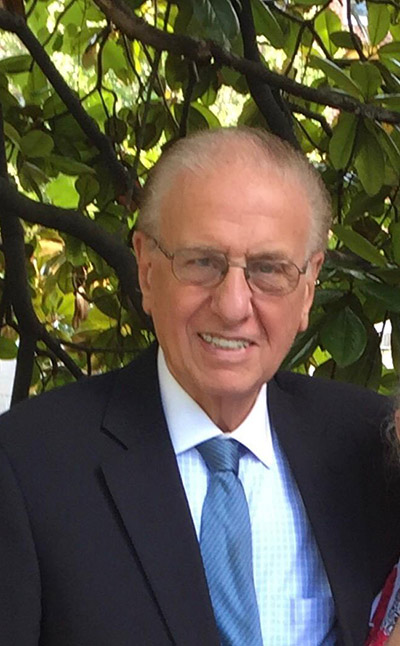 Dr. Bellanti is Professor of Pediatrics and Microbiology and Immunology and Director of the International Center for Interdisciplinary Studies of Immunology (ICISI) at Georgetown University Medical Center. A native of Buffalo New York, he received his MD degree from the University of Buffalo, followed by residency training at the Children’s Hospital of Buffalo, post-doctoral training in developmental immunology at the University of Florida School of Medicine, Gainesville, Florida, and viral immunology at Walter Reed Army Institute of Research (WRAIR), Washington, DC. Following military service, he was recruited at Georgetown University School of medicine as Assistant Professor of Pediatrics and Microbiology.

Dr. Bellanti’s career at Georgetown represents the “triple threat” academician, proficient in teaching, research, and patient care. His investigative efforts have focused on antimicrobial research, evaluation of new vaccine strategies and developmental immunology. This work resulted in a succession of seminal research contributions including the characterization of the IgM response of the newborn, the identification of the antiviral role of secretory IgA in respiratory secretions and the cellular immune responses to viral infections following immunization or natural infection.

Soon after arriving at Georgetown, he established and became the Director of ICISI in 1975. The unique interdisciplinary strengths of the Center led to the successful award of numerous federal and private research grants, including an NIH-supported postdoctoral training program that facilitated the training of over 250 national and international postdoctoral fellows. The alumni from this program now hold leadership positions at major academic and research institutions in the US and throughout the world.

Dr. Bellanti is the recipient of numerous awards and honors, including the prestigious E. Mead Johnson Award for Research in Pediatrics, for outstanding scientific contributions, the Humanitarian Award from the American College of Allergists for “excellence and service and teaching of clinical immunology”, the Distinguished Medical Alumnus Award from the State University of Buffalo, New York and the Founder’s Day Award of Georgetown University School of Medicine. He is also the recipient of Honoris Causa degrees from the University of Palermo, Italy, Georgetown University and recently, the CEA Universidad San Pablo, Madrid, Spain.

Dr. Bellanti has also held numerous leadership positions in national and international organizations including President, Society for Pediatric Research, President, American Board of Allergy and Immunology, President, INTERASMA, President, the American College of Allergy, Asthma and Immunology (ACAAI), President, the Association of Medical Laboratory Immunologists (AMLI), and President, the American Association of Certified Allergists (ACA). Other roles include Editor-in-Chief of several journals including Pediatric Research, Annals of Allergy, Asthma & Immunology, and Allergy and Asthma Proceedings. In each of these positions, Dr. Bellanti has served with distinction and has earned the respect and esteem of his colleagues nationally and internationally.

Dr. Bellanti has published over 500 scientific articles and abstracts, as well as numerous textbook chapters and his widely acclaimed textbook in immunology. “Immunology IV: Clinical Applications in Health and Disease” which has been recently been translated to a Spanish edition, “INMUNOLOGÍA IV: Aplicaciones Clínicas en Salud y Enfermedad”.