This workshop will continue to review innovative options for the treatment of sleep disorders and pain, with hands-on demonstrations of various techniques. Due to the prevalence of sleep disorders in both pain patients and the population at large, instructors will review the physiology and neuro-biology of sleep, in addition to the various effects of hormones, adrenal, and HPA dysregulation on sleep disorders. Various techniques that can assist in healthy sleep hygiene will be discussed, including tools that reset the circadian clock, and regulate HPA and the neuro-endocrine connection.

Sleep Neurocircuitry in Health and Disease

Where do restless legs, nightmares, and night terrors live in the brain, and cutting edge technologies to treat them

Insomnia in Menopause: How to Cool the Storm!

The Orexin System of Neurons and Sleep

Kelly L. Olson, Ph.D. is Director of Clinical Research & Development at SleepImage. Dr. Olson brings a unique blend of expertise with a Masters in Science (Exercise Physiology) from the University of North Dakota and a Ph.D. in Pharmacology and Therapeutics from the University of Manitoba, in Winnipeg, Canada.

Dr. Olson’s work experience brings a unique and complimentary range of expertise to the field of sleep, including research, clinical pharmacology, and therapeutics. Dr. Olson is the former Director of Research and Development for a biotechnology company where she led a team of scientists investigating the nervous, endocrine, and immune systems as they work together in both sickness (including sleep pathology) and health 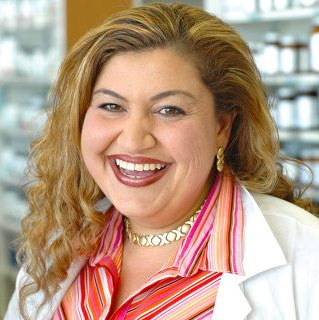 Dr. Swidan is board certified and an advanced fellow in anti-aging and regenerative medicine. Dr. Swidan is an internationally known speaker in the areas of pain management and BHRT and she has authored several books, articles and patient education material in the area of pain management and functional medicine. Currently, she is completing a Master’s program in Cardio-Metabolic and Functional Medicine.

Dr. Hughes has been formally studying functional medicine since 2010 and completed her fellowship with the American Academy of Anti-Aging and Regenerative Medicine. Her practice has a focus on neurologic disorders, dementia prevention, and cardiovascular prevention.

She is certified in the Bale Doneen Method for cardiovascular disease and the Bredesen Protocol for dementia prevention and treatment. She is regularly pursuing continuing education through the Institute of Functional Medicine, the Metabolic Medicine Institute, icamp Miami, and other alternative therapy conferences. She has been a featured speaker at the Women’s Wellness Summit and regularly contributes to Natural Awakening articles.

Dr. Hughes is a native of northeast Pennsylvania. She received her Bachelor of Science degree from Juniata College where she played collegiate volleyball for the school’s nationally ranked team. She attended The Philadelphia College of Osteopathic Medicine, graduating in 1999. Dr. Hughes completed her Family Medicine Residency Program at Tripler Army Medical Center in Hawaii. After residency, Dr. Hughes was selected for a teaching position at the Family Medicine Residency Program at Womack Army Medical Center, in Ft. Bragg, NC. During that time, she deployed to Baghdad and Tikrit, Iraq serving with the 28th Combat Support Hospital in the emergency room. Dr. Hughes concluded her military career in 2005, though her impact extended far beyond the front lines as she brought her trauma experience and dedication back to the civilian world practicing emergency medicine for the next ten years in North Carolina and Tennessee.

Dr. Hughes endured a life-changing event in 2008, when her husband, David, a Special Forces Officer, was blown up in Afghanistan. He lost two men and suffered extensive injuries, including a spinal injury that left him initially paralyzed, and after major surgery, was able to learn to walk again. During this experience, Dr. Hughes not only discovered alternative options for David’s pain, as traditional medicine simply offered addictive drugs to counter his symptoms, she also learned that being mindful of the symptoms could often correct them. With this newfound knowledge and David’s self-motivation, he was quickly using herbs, vitamins, physical therapy and a positive mental attitude to completely heal.

It was during this time that Dr. Hughes cultivated her practice as she saw the lifelong benefit of shifting from the traditional disease-centered focus of medical practice to a more patient-centered approach, thus addressing the whole person, rather than just an isolated set of symptoms. Dr. Hughes partners with her patients in a therapeutic approach that emphasizes disease prevention and symptom resolution by changing lifestyle factors to improve health and wellness.

Physician Accreditation Statement
This activity has been planned and implemented in accordance with the accreditation requirements and policies of the Accreditation Council for Continuing Medical Education (ACCME) through the joint providership of Global Education Group (Global) and MMI.  Global is accredited by the ACCME to provide continuing medical education for physicians.

Physician Credit Designation
Global Education Group designates this live activity for a maximum of 8.0 AMA PRA Category 1 Credits™.  Physicians should claim only the credit commensurate with the extent of their participation in the activity.

Nursing Continuing Education
Global Education Group is accredited with distinction as a provider of continuing nursing education by the American Nurses Credentialing Center's Commission on Accreditation.

This educational activity for 8.0 contact hours is provided by Global Education Group. Nurses should claim only the credit commensurate with the extent of their participation in the activity.

Global Education Group is accredited by the Accreditation Council for Pharmacy Education as a provider of continuing pharmacy education.

Global Contact Information
For information about the accreditation of this program, please contact Global at 303-395-1782 or cme@globaleducationgroup.com.

Save on your airfare by flying with Delta Airlines. Mention Code NMP9A and receive anywhere from a 3%-10% discount depending on class.