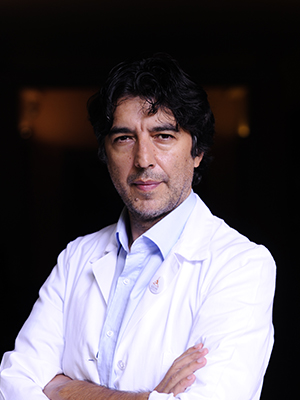 Dr. Longo is the Edna M. Jones Professor of Gerontology and Biological Sciences, and Director of the Longevity Institute at the University of Southern California – Davis School of Gerontology, Los Angeles. He is also a Senior Group Leader at the International Foundations of Medicine (IFOM) and holds four professorships across top EU academic centers.

Dr. Longo’s studies focus on the fundamental mechanisms of aging in simple organisms, mice and humans. The Longo laboratory has identified several genetic pathways that regulate aging in simple organisms and reduce the incidence of multiple diseases in mice and humans. His laboratory also described both dietary and genetic interventions that could reverse the course of Diabetes and Alzheimer’s and protect cells and improve the treatment of cancer and other diseases in mammals. Dr. Longo’s most recent studies are on dietary interventions that can affect stem cell-based regeneration to promote longevity in mice and humans. The Longevity Institute in Los Angeles, directed by Dr. Longo, includes over 40 faculty members focused on topics ranging from regeneration to dietary interventions aimed at improving health and lifespan in the near future. Among the accolades received by Dr. Longo are the 2010 Nathan Shock Lecture Award from the National Institute on Aging (NIA/NIH) and the 2013 Vincent Cristofalo “Rising Star” Award in Aging Research from the American Federation for Aging Research (AFAR).

Dr. Longo is recognized as a global leader in aging and nutrition. With more than 106 peer reviewed publications in journals like Science, Nature, Cell, JAMA, Circulation, Cancer Cell, Journal of Translational Medicine, etc. He is recognized by Time Magazine, with three features in less than two years, as Longevity Guru. He is one of the most recently featured scientists by global media and news feeds. He has received in 2016 the Jubilee award by the Royal Scottish Academy.

Dr. Longo was born and raised in Genoa, Italy and received his undergraduate degree from the University of North Texas, where he majored in biochemistry with a minor in jazz performance. He received his Ph.D. in Biochemistry from the University of California, Los Angeles (UCLA) in 1997 and his postdoctoral training in the Neurobiology of Aging and Alzheimer’s Diseases at USC. He started his independent career in 2000 at the University of Southern California, School of Gerontology, one of the first and leading programs for aging research and education.