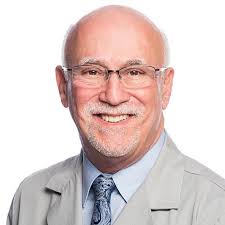 Dr. Thom Lobe was born and raised in Baltimore, Maryland. It was during his early childhood that Dr. Lobe developed his life-long interest in learning about the complexities of medicine as well as its abilities to transform lives. He credits this to his battle with Legg-Calve’-Perthes, a disease of the hip which is still poorly understood today. The disease exposed him to a diverse range of doctors and hospitals, exposure an average child never acquires so early on in life. Not only did this experience ignite Dr. Lobe’s passion for the sciences, it also taught him patience and persistence for he had to learn how to walk again at the age of 5.

Dr. Lobe completed his General Surgery training at The Ohio State University Hospitals and his Pediatric Surgery Training at The Children’s Hospital in Columbus, Ohio (now called Nationwide Children’s Hospital). From there he took his first academic position at the University of Texas Medical Branch in Galveston, Texas where he served as Chief of Service for 8 years and developed one of the earliest programs applying laser therapy to children’s disease. During that same time he worked as an attending surgeon at the Shriner’s Burns Hospital where he acquired a great understanding of advanced nutrition, metabolism, hormone therapy, skin care and regenerative wound healing.

Recognized early in his career for his remarkable work, Dr. Lobe was recruited to the University of Tennessee Health Sciences Center in Memphis to develop and lead the first pediatric surgery residency-training program in the Mid-South. During his 20 years in Memphis he trained over 40 surgeons from both the United States and around the world, many of whom stand as leaders in their field today. In addition to leading the residency-training program, Dr. Lobe was the Chief of Pediatric Surgery at Saint Jude Children’s Research Hospital. There he continued to be an integral part of many innovations and advances in cancer care. One of his most recognized advances was his development of minimally invasive surgery for children in conjunction with the development of one of the leading programs in the country dedicated to perfecting the new method of surgery. Dr. Lobe was then recruited to Iowa to lead an advanced minimally invasive and robotics surgery program once more.

Over the years, Dr. Lobe’s strong interests in nutrition, metabolism, wound care, and regenerative medicine continued to expand. He is recognized internationally in his field and has been honored with lifetime achievement awards on three continents. Dr. Lobe has over 250 peer-reviewed articles, abstracts, and books to his credit. He continues to lecture and teach around the world and has completed his advanced fellowship, receiving his boards in anti-aging, regenerative and functional medicine.

Dr Lobe is currently a Professor of Clinical Surgery at the University of Illinois – Chicago.