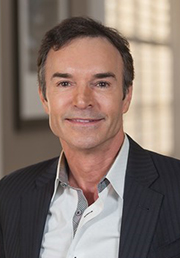 Patrick Bitter, Jr., MD, is a board-certified dermatologist specializing in non-surgical treatments to improve skin health and delay aging and anti-aging medicine. He is the founder of Advanced Aesthetic Dermatology and maintains medical practices in Los Gatos, CA and Beverly Hills, CA. He graduated from the University of California with highest honors in Biology. He received his medical degree from Stanford University School of Medicine. He completed his dermatology residency at Stanford University School of Medicine in 1986.

Dr. Bitter is regarded as the pioneer in the use of pulsed light technology for skin rejuvenation. He is the developer of the acclaimed FotoFacial procedure using pulsed light to rejuvenate aged skin. He has authored several ground-breaking scientific papers on the use of pulsed light for skin rejuvenation. He is a sought after lecturer and teacher and has taught over four thousand physicians world-wide in the use of pulsed light. Dr. Bitter has been featured as a celebrity dermatologist on ABC’s Extreme Makeover. He is a member of several professional societies including Fellowship in the American Academy of Dermatology and the American Academy of Anti-Aging Medicine. Dr. Bitter has been a consultant to the medical laser device industry and to nutritional and anti-aging companies. Dr. Bitter is dermatologist for the San Jose Sharks National Hockey League Team. He is a former USA Triathlon National Champion and two-time Hawaiian Ironman Triathlon finisher.