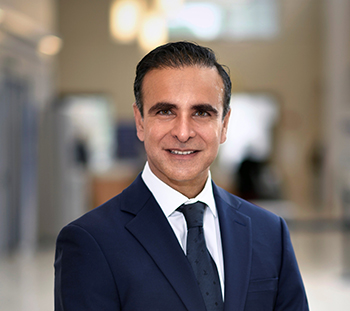 Dr. Khera has dedicated his clinical and research efforts to three main areas: Men’s Health, sexual medicine, and hormone replacement therapy. Soon after completing my fellowship he started the Laboratory for Andrology Research. His laboratory focuses on basic science research and he has had the opportunity to train many residents and research fellows over the past 12 years. In addition to his basic science research, he has initiated numerous FDA approved clinical trials. His basic science and clinic experiences have allowed him to thus far give over 250 lectures at scientific meetings throughout the world, publish over 120 articles in peer reviewed journals, complete 15 book chapters, and edit and write two books all in the field of sexual medicine and Men’s Health.

In 2007 he was awarded the American Urologic Association (AUA) Research Scholars Award to study the correlation between ED and BPH. In 2013 he was elected to serve a 4 year term on the American Urologic Society Examination Committee. Dr. Khera has also served on the AUA Peyronie’s Disease and Erectile Dysfunction Guidelines Panel. For the past several years he has taught numerous course in testosterone therapy and sexual dysfunction nationally and throughout the world.

Dr. Khera freely shares his time and knowledge with the general public. He has been voted several times as one of Houston’s Best Doctors by Health and Sport Fitness Magazine and by Houstonia Magazine and is a frequent guest on such TV programs as Fox News’ “Ask the Doctor.” He also writes a blog on Men’s Health for the Houston Chronicle Newspaper.