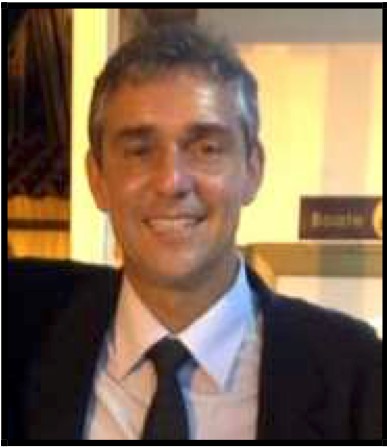 Native from Rio de Janeiro, Brazil, Dr Araújo graduated in Medical School in 1987 by the School of Medicine & Public Health of Bahia. Attended his medical residence during three a year period at Marine Hospital Marcílio Dias in RJ, where he focused in general medical clinic and clinical cardiology. Then completed a two year post graduation in the area of cardiology at the IECAC and specialized in Echocardiography at Adventist Hospital in the state of RJ, Courses in the area of Ergonometry, Arhythmia and Congenital Heart Disease with a mean duration of three months each. Futhermore, he became a specialist in Echocardiography and Vascular Ultrasound with Flow Mapping. Masters Degree in Clinical Medicine at School of Medicine and Public Health of Bahia where he presented his thesis “The Value of air Plethysmography in the Diagnosis of Post Thrombotic Syndrome”.

He taught several classes in conferences at national level, mostly in the area of Vascular Ultrasound. He developed and wrote a chapter on Sports Medicine on a paper called “The Prospective Cardiovascular Evaluation in Adolescent Soccer Players”. As well as, participated in another published medical paper on “Veins during pregnancy”. During 27 years of medical career, he has been in the private practice of cardiology (consultations, test such as ergonometry, echocardiography and vascular ultrasound) in his own clinic named PROCOR in Brazil. Often, he even treats patients who cannot afford the procedures, remaining committed to the practice of caring for patients in a devoted and individualistic manner. In 2015, he completed the A4M Fellowship in Anti-aging Regenerative and Functional Medicine, which consists of 14 modules and, thus, has implemented his studies in the private practice. His family lives in Vancouver and his oldest son attends university in the United States.

Q1: Before joining A4M, what was your medical background?

Q2: What anti-aging techniques have you incorporated into your practice? And how did you so?

Within the practice, I have been successful in implementing several Anti-Aging techniques. Through the day to day interaction with the patients, the importance of Hormonal Modulation, Nutrology, Ozone therapy, Von Ardenne, Intravenous Therapy and Supplementation, and Fecal Transplant have become clear and have been incorporated into my practice.

Q3: What are the benefits of practicing anti-aging medicine? (as a professional, and for your practice?)

Incorporating and understanding functional medicine shifted the approach I had towards pathologies and the sources of those disorders. Patient care focused on the interventions which acted at a broader spectrum, sensing the patient as a unit. Practicing anti-aging medicine revealed a flaw in how I dealt with disease and the superficiality of my previous studies. That allowed me to adopt a more preventative approach which, without a doubt, resulted in a higher patient satisfaction and superior outcomes.

Q4: What are the changes you see in your patients?

I noticed that I was unable to treat several chronic patients, their symptoms would resurge and treatment options were limited. Through expanding into an anti-aging approach, the causation of disease became the focus, and from there on forward, treating the root cause allowed me to reduce the number of prescribed drugs and improve quality of life. Now, patients come into my office knowing that their conditions can be managed through discipline and a healthier lifestyle.

Q5: Why would you recommend Anti-Aging Medicine to your peers?

Choosing Anti-Aging medicine is a smart decision. I have, throughout my career, been proactive in the search for what I now understand to be functional medicine. We don’t treat symptoms, we understand the disease, and that leap bring us closer to a better quality of life for all patients.

Q6: Where do you see the future of Anti-Aging medicine 20 years from now?

Anti-Aging and Integrative medicine being introduced to first years in medical schools. We raise the future generations to face healthcare with a preventative and regenerative approach which should become the new standard of care around the globe.