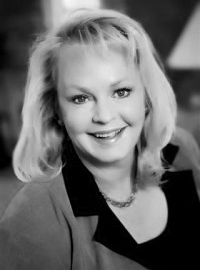 As a panelist for the President’s “National Healthcare” meetings, she was selected to provide her medical opinions and perspectives to President Bush. The President and First Lady invited her to be an Honored Guest during the 2003 “State of the Union Address” representing the AMA and ACOG.

Dr. Baker received Bachelor and Masters Degrees Arts in Biology, Audiology and Speech Pathology from the Florida State University. She received her Medical Doctorate degree from the University of Florida. Dr. Baker completed her internship and residency training in Obstetrics and Gynecology at the University of Kentucky and subsequently obtained her board certification in Obstetrics and Gynecology. Dr. Baker founded Manatee Women’s Health, P.A. in Bradenton, Florida and later founded Baker Medical Arts & Wellness Institute (Medical Spa).

Dr. Baker is an expert in Cosmetic Feminine Rejuvenation Surgery. She is a faculty member of The American Academy of Cosmetic Gynecologists. Dr. Baker is a pioneer of this procedure having first performed such procedures in the late 1980’s to meet the needs of her female NCAA athlete patients. Now common, these procedures have been featured on the “Oprah Winfrey Show”, “Dr. 90210” and “Plastic Surgery Before & After”. Dr. Baker outlined the benefits of this surgery on the television program “Healthbeat of America.”