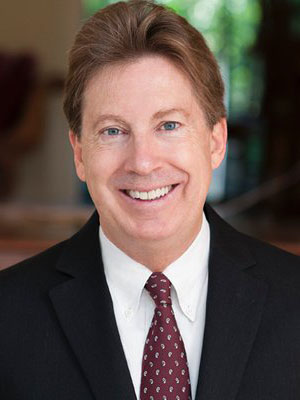 An internationally recognized expert in the mechanisms of neurodegenerative diseases, Dr. Dale Bredesen’s career has been guided by a simple idea: that Alzheimer’s as we know it is not just preventable, but reversible. Thanks to a dedicated pursuit of finding the science that makes this a reality, this idea has placed Dr. Bredesen at the vanguard of neurological research and led to the discoveries that today underlie the ReCODE Report.

Dr. Bredesen earned his MD from Duke University Medical Center and served as Chief Resident in Neurology at the University of California, San Francisco (UCSF), before joining Nobel laureate Stanley Prusiner’s laboratory at UCSF as an NIH Postdoctoral Fellow. He held faculty positions at UCSF, UCLA, and the University of California, San Diego. Dr. Bredesen also directed the Program on Aging at the Burnham Institute before joining the Buck Institute in 1998 as founding President and CEO.

Dr. Bredesen’s research explores previously uncharted territory in explaining the physical mechanism behind the erosion of memory seen in Alzheimer’s disease, and has opened the door to new approaches to treatment. This work has led to the identification of several new therapeutic processes that are showing remarkable early results. Dr. Bredesen is a prodigious innovator in medicine, with over thirty patents to his name. Notably, he put much of his findings and research into the 2017 New York Times‘ Best-Seller, The End of Alzheimer’s.

“Cognoscopy,” a term coined by Dr. Bredesen, describes a thorough review of the ReCODE Report, blood and genetic tests, and assessments. It evaluates the risk factors that can cause neurodegenerative diseases like Alzheimer’s, allowing the physician and participant to chart a course to prevent or reverse cognitive decline.

The End Of Alzheimer’s Program
With inspiring stories from patients who have reversed cognitive decline and are now thriving, this book shifts the treatment paradigm and offers a new and effective way to enhance cognition.

The End of Alzheimer’s
Taking insights gleaned from over 40 years in medicine, Dr. Bredesen has authored a groundbreaking guide to prevent and reverse Alzheimer’s disease that fundamentally changes how we understand cognitive decline.

Reversal of Cognitive Decline: 100 Patients
Report of 100 patients, treated by several different physicians, with documented improvement in cognition, in some cases with documentation of improvement in electrophysiology or imaging, as well. This additional report provides further support for a randomized, controlled clinical trial of the protocol and the overall approach.

Transcriptional Effects of ApoE4: Relevance to Alzheimer’s Disease
We showed that ApoE4 acts as a transcription factor and binds to the promoters of genes involved in a range of processes linked to aging and Alzheimer’s disease pathogenesis. These findings point to novel therapeutic strategies for Alzheimer’s disease and aging, resulting in an extension of human healthspan, and a disease-free and functional period of life.