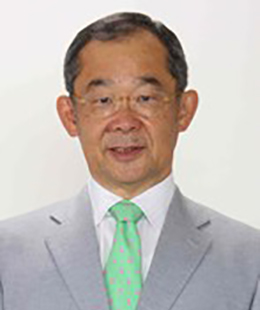 Atsuo Yanagisawa, MD, PhD, FACC, graduated from Kyorin University School of Medicine in 1976, and completed his graduate work in 1980 from Kyorin University Graduate School of Medicine in Tokyo, Japan. Dr. Yanagisawa served as Professor in Clinical Medicine at the Kyorin University School of Health Sciences, and concurrently as Professor in Clinical Cardiology at Kyorin University Hospital until 2008. The Japanese College of Intravenous Therapy (JCIT) was founded in 2007, with Dr. Yanagisawa as president. Dr. Yanagisawa has served as the Director of The International Educational Center for Integrative Medicine in Tokyo, Japan, since 2008. Dr. Yanagisawa is the author of 141 scientific papers in English and Japanese and has published several books in cardiology, chelation, nutrition, coaching, and IV vitamin C for cancer. Dr. Yanagisawa currently inducted into The Orthomolecular Medicine Hall of Fame in 2011. He is also a 2014 recipient of the Riordan Clinic’s “Pearl Maker Award” and “Antoine Béchamp Award”, which recognizes individuals for their actions to further the mission of stimulating an epidemic of health, worldwide. In 2016, He received an award of “Excelencia Academica” at The 7 th World congress of Nerural Therapy. Dr. Yanagisawa served as a president of International Society for Orthomolecular Medicine from 2012.