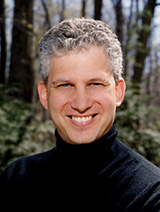 Dr Lombard has lectured extensively both nationally and internationally on the role of nutrition in brain function. He has appeared on Larry King, MSNBC, NBC news and the Early Show. In addition to his medical advisory role to the pharmaceutical ,biotech venture capital and dietary supplement industry, Dr Lombard has also served as the medical consultant to several Hollywood feature films including "Departed" directed by Martin Scorcese and "Manchurian Candidate" directed by Jonathan Demme.